This is an old project. I did the first version a few years ago and revisited it last year to make it use web workers. Under the hood, it’s a simple min-max algorithm, but on the highest levels, it’s tough to beat. I’ve learned a bit since I first wrote it, so I’d probably do it differently now, but it’s still a good demonstration.

…but maybe not learn software development.

I once had to explain to someone (and a very smart someone I had worked with for years) exactly what my job entailed. They were surprised by my estimate I spent about 15% of my time as a software developer actively coding. Everything else supported that 15%, but it wasn’t writing code. Where did the other 85% go? Before I start coding on a project there is requirements gathering, research (mostly technologies and APIs) and design (figuring out how the code will be organized, not user interface). During coding, time is spent on unit testing, documentation and versioning. After coding, time is spent on integration testing, stakeholder acceptance and more documentation. And outside of coding, some time is spent as part of a team – meetings prioritizing what we’re going to work on, code reviews and supporting legacy code.

The point here is that software development is a lot more than just coding. And even coding is an enormous discipline. There are dozens of “common languages” worth learning, then there are data structures, algorithms, best practices, developer tools and the list goes on. You can never be done “learning to code”.

That alone may seem daunting, but the real reason most people should not learn software development isn’t that it’s hard, but that – outside of a career – it’s not that useful. Even “simple” programs can take hundreds of hours to write. And few people have the range of skills to write an entire program themselves. It would be like making a movie by yourself – you’d have to write, direct, star in, operate the cameras and microphones, edit and produce and handle distribution.

Ok, so if it’s that terrible, why should anyone – let alone everyone – learn to “code”. Well, coding changes the way you think, and much for the better. And not just how you think about computers, but about everything, at least everything involving information and decision making.

So spend some time in any one of the dozens of great resources learning to code. Plan on spending 100 hours over, say, a year. And you need to write some code, not just watch videos and take tests. Build something, check it in to github. When you’re done, you’ll find that even if you never write another line of code, you’ll use it all the time.

I’m not sure how many times I’ve written a Mandelbrot explorer. But this is the best one yet! Drag to zoom in, the “Top” button in the upper left will zoom all the way out, and “Toggle” in the lower right will toggle the shading algorithm. You can also use browser navigation to go back.

The interesting thing about this project is that it was hand-coded in Asm.js. It was a good learning project to understand how Asm.js works, and using a validator was a big help. I plan on looking into Emscripten, but my first attempt to install it on an AWS Tiny instance failed due to low memory. 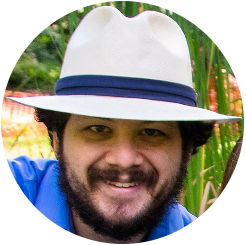